A report published today by a top academic has revealed some startling statistics about Northern Ireland. Far from being a land of welcoming people moving forward into a new, shared future the country is in fact full of complete wankers.

The report was commissioned in response to a number of events and developments over the summer months such as:

The academic, who does not want to be named for illegal reasons, explained that he had observed the shenanigans over the summer and noted stuff down in a big book. Then he had drew some graphs about it.

The figures obtained by the academic indicate a high prevalence of general arseholery. This is generally revealed by an ability to ignore basic facts and an inability to understand anyone else's point of view. 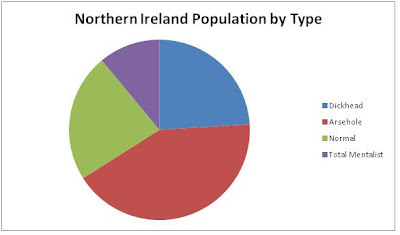 This high prevalence of arseholery was reflected in the pastimes of the local population. 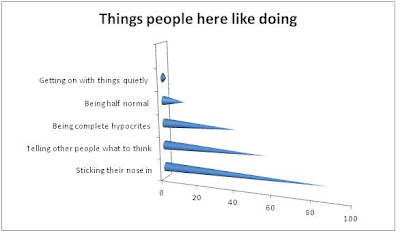 This further impacts on the standard of debate locally, all forms of the media reflecting the general principle below. This is clearly demonstrated in the social media, the letters pages of the papers and on the Nolan show. 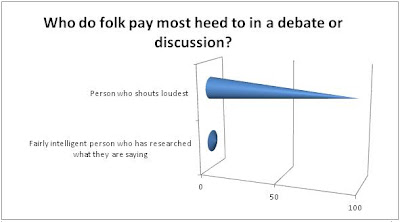 All debate will somehow involve religion. If crisps is the subject of the debate, someone will manage to find a quote about how the Lord separated the good crisps from the bad crisps then fed the bad ones to Gay folk or something. 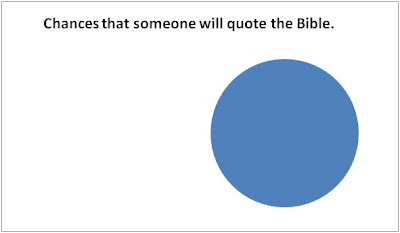 These factors are reflected in the deliberations of our politicians. Mike Nesbitt is excluded from this, as he only cares about golf and rugby. 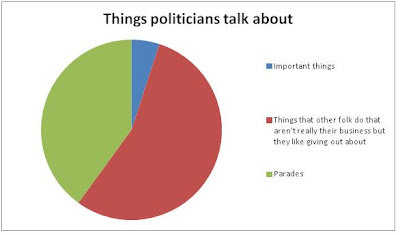 In conclusion the academic revealed that this combination of factors means he can no longer be arsed and is henceforth retiring.
Posted by Professor Billy McWilliams at 17:17

Given that a large portion of the US population has Irish origins (incl. me) I think these statistics are almost 100% applicable to my country as well .... as the existence of universal indoor plumbing proves to us - there are arseholes everywhere.