Was thinkin' it was time Ah did ma bit for the local economy, so put ma head taegither an' came up wi' a brainwave.
Ah hiv thus writ til the city goverment o' Houston, Texas, an' await their reply.


Dear Leslie (Head o' Twinning for Houston, so she is)


I was having a look on line there and noticed that youse folk in Houston have lots of sister cities across the whole world, but not as yet in Northern Ireland.
There is a coincidence, I thought to myself, as I live in Northern Ireland, and live in a town that isn't twinned with anywhere in Texas, namely Banbridge. 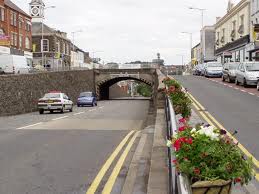 Now to be fair Banbridge is a bit smaller than Houston, and wouldn't really come under the heading of "City" but it does have its own council with a website and everything - http://www.banbridge.com/home.asp - and has several things that might interest youse in Texas.
So, I'm sure that's whet your appetite for a good old twinning? What I was thinking is that maybe you folk could pop over and I'd show youse round and about the town. We could go to a couple of pubs and have a bit of crack (Irish crack, not the drugs). You could maybe stay in the Downshire Hotel, but if money's tight I could put a couple of folk up and I'm sure my da would look after a couple more. Then maybe you could fly me and a couple of friends over to have a wee look around Texas. Sorry I can't afford the flights myself, but I'm clean broke.

Anyway, if you have any questions, give me a shout. I look forward to meeting youse all.